The Greenhills/Father Gabriel Richard (FGR) co-op varsity softball team is now halfway through the season. Early on, the varsity softball team played Regina in a doubleheader and won both games. Yet, just three weeks later on April 28, in a doubleheader rematch against the same team, it did a 180 and lost both as the team struggled to match Regina’s offense.
“We have a really good pitcher and she helps us a lot on defense,” said Maddie Rodgers ’22. “Therefore, a lot of our plays are defensive, and we play them pretty well and smoothly.. But we need to make stronger offensive plays. We need to work a lot on hitting and base running in practice.”
However, in the larger picture, the team has shown significant improvements. They’re ranked higher than they were in 2021, when they made it to the District Semifinals. They are winning games against teams that they did not beat last year. And there are lots of improvements in strategies and the team performance in general.

“We are coming back strong this year, and we are hoping to make it farther in the Districts,” said Rodgers.

The games are going to be more and more challenging as the season goes on. However, the team’s performance has been good so far, so players are optimistic. 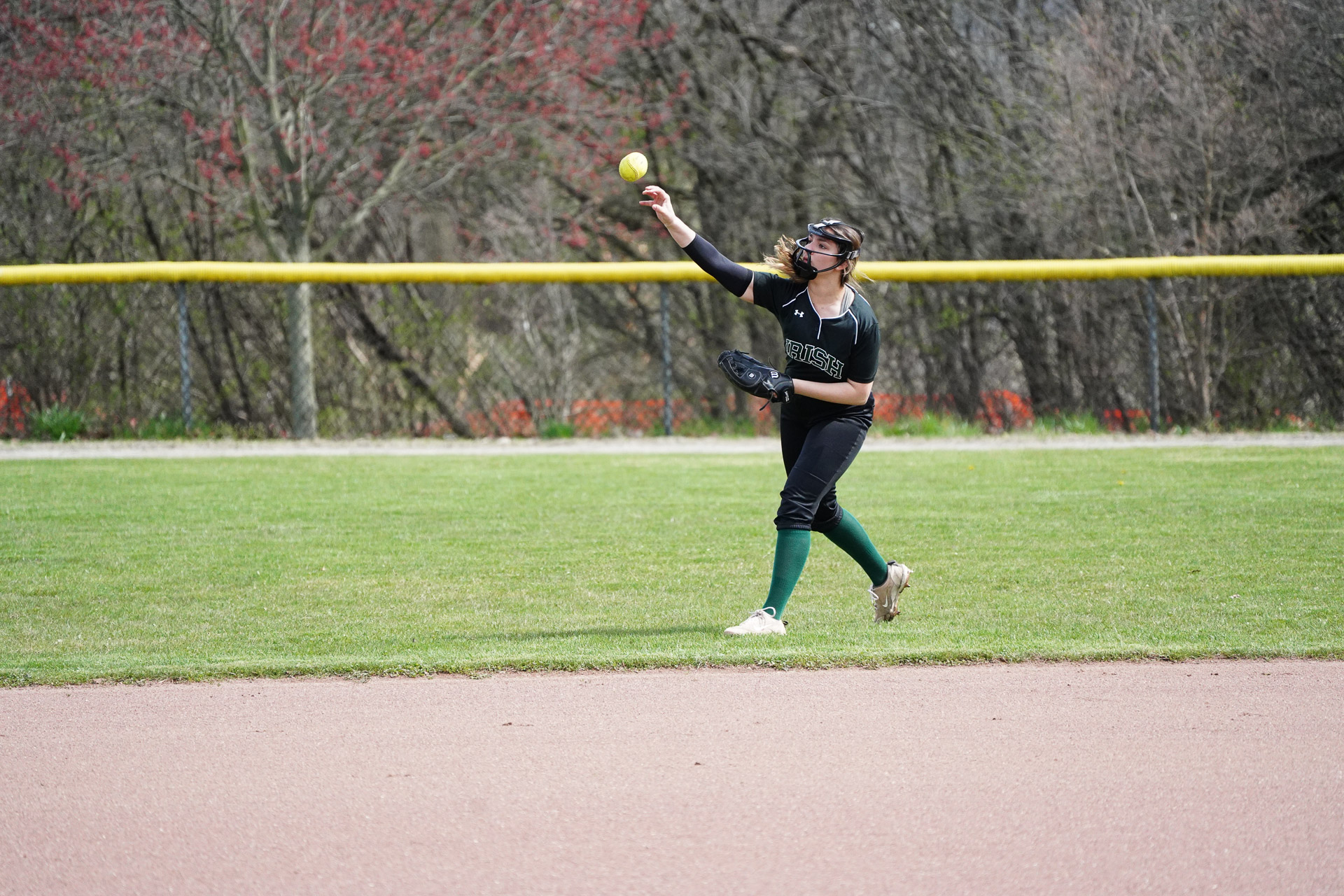 It is Rodgers’ last year on the softball team. She started playing softball for Greenhills her freshman year. There wasn’t a season for her sophomore year because of COVID. Then she has played for the combined team with FGR during her junior and senior years. She has seen the changes and developments of the team, while growing to become better and better herself, as well.

The co-op contract between Greenhills and FGR will expire after the 2023 season, meaning that Greenhills will split off and have its own team. So the freshmen on the JV team right now will all play varsity next year, and the middle school recruiting is going to happen soon. The Greenhills softball team is going to be relatively young next year, which could be good in the long term.
“I am hopeful that the Greenhills program is going to be able to support itself for the next few years, because the majority of the softball players are freshmen right now, and they are going to be able to come up in the program,” said Rodgers. “Being with Richard was helpful for the past few years, since I would not be able to play softball at all if we did not combine with them. I am also glad that we will be able to split off and be our own program.”
The softball team has crossed the midpoint of the season, and there are more exciting and challenging games ahead. The team is getting stronger and stronger, and hopefully, they will play well in Districts.